During this quarantine period, I wondered how my colleagues around the world dealt with their work.

We start From New York

• Andrea How was the market like before the pandemic?
Just before the pandemic hit New York, the real estate market was showing signs of strength going from a somewhat sluggish market to a much stronger market. There were many deals made in January, February and March. We were in buyer’s market and buyers were beginning to take advantage of the low interest rates and the many deals out there now to be had.
Further, the stock market was at an all time high.

• Was your city, your region locked down?
I live in midtown Manhattan… the heart of New York City. New York has been on lock down since about March 20th and will probably remain on lockdown through the end of May (So they say).

• How did you feel working during the quarantine?
Naturally, it is difficult to work during the quarantine. New York is a vertical city with hundreds and hundreds of tall buildings. Brokers are no longer allowed into the buildings to show apartments. There are deals being made in New York since the lockdown began but not in the amount that would constitute a strong Spring Market.

• Did you take new sales assignment from property owners, were you able to sell properties?
I put an apartment on the market just as the pandemic began. I have therefore not been able to show the apartment to anyone yet, however I do so far have 12 people that have contacted me to see it when the lock down is lifted. Although I was able to take photographs of the apartment, I was unable to do a virtual tour of the apartment because the building would no longer permit me to bring in a photographer.
My company, Douglas Elliman has tremendous state-of-the-art technology. We have live “zoom” meetings once or twice a week. I have been speaking with buyers and sellers virtually.

• Did you find innovative tools which helped your daily job?
Of course we have virtual tours of the apartments but that will only work for single-family homes or in buildings that will allow photographers in to photograph them. Douglas Elliman has virtual classes all day for their brokers. Contracts have been signed using virtual signatures and there have been several virtual closings. In New York City many of the buildings are cooperatives which are a different form of ownership than condominiums. A board of directors has to meet the potential buyers a
nd approve the sale before the buyers can actually close on the apartment. Those board meetings are generally held in one of the board members apartments. During this pandemic the board meetings are also being held virtually through Zoom and Face Time. When this pandemic is over some of the ways we handle certain aspects of the business may change forever.

• In your opinion, is it possible to sell houses only by organizing virtual tours for the potential buyers?
I don’t think that buyers will buy from these virtual tours alone. Buyer’s need to physically “feel the apartment” and see the views in person – with their own eyes, etc. I deal mostly in the luxury market in properties that are priced from $4,000,000 and up. Most buyers in that price range want to see the property in person. In brand new developments, buyers want to physically see the finishes of the apartments and view the apartment in person. We are however seeing some deals being made by investors without actually visiting the apartment in person – however these are in the lower end of the market and are strictly for investments.
I feel that when the lockdown is over and we are able to physically enter and show apartments, the market will begin to get strong again.
Not only are there are great deals to be had but with interest rates being so low many buyers will take advantage of the great opportunities out there. The same thing happened in New York after 9/11 and again in 2008 after the mortgage crisis.

• What do you think will happen in the real estate market?During this crisis I feel that people will be looking at their homes and thinking that they need more space especially if they can afford to move to a larger home. They might want to move to an apartment with terraces or balconies. Townhouses (which are one family homes) might be more attractive to buyers. Also many people might want to buy a second home at the beach or outside of the city. Only time will tell. The bottom line is that New York City is a place that people move to from all over the world. It is really the center of the world and everyone wants to live here.

Andrea’s diverse clientele includes high profile and celebrated people in Film, Music and Television as well as the Investment and Technology Industries. She has represented Forbes 400 clients and CEO’s of

Thank you so much Andrea 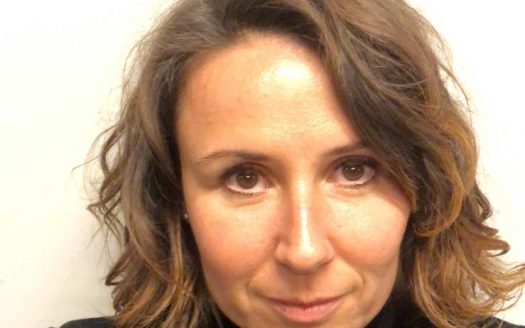 May 07, 2020
Pinar Ayikcan Tuna Bogaziciyalilari from Istanbul I’ve met Pinar some years ago in Las Vegas during a Convent ...
Continue reading 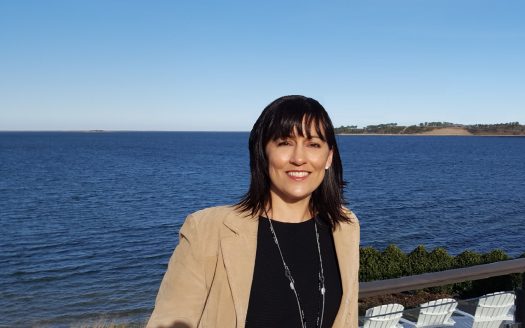 Melanie Cauchon is Broker & Owner of My...

May 05, 2020
Ashley is good frind of mine she was in Europe just few days before the  lockdown started, she love travelling in E ...
Continue reading